Dubai, with 2,100,000 residents, is the largest city in the United Arab Emirates. In the last two decades, the city witnessed rapid population growth, which resulted in an increase in the quantity of municipal waste. Between 1997 and 2012, the amount of collected municipal waste increased by as much as 80%, from 550,350 tonnes in 1997 to 2,689,808 tonnes in 2012. Due to such a rapid increase in the amount of waste the city in recent years faces significant infrastructural and systemic problems in waste management. It is running out of space for waste disposal, which has so far been common practice. The city separately collects and reuses only 16% of municipal waste per year. In 2015, Dubai began to systematically separate the collection of municipal waste in “eco-islands” and has equipped households with separation containers.

Oslo, the capital of Norway, has 600,000 inhabitants. Annually, the city collects about 240,000 tonnes of waste, of which 38% is collected separately and reused; as much as 60% of the waste is incinerated and only 2% is deposited in landfills. Oslo is among the leading cities in in Europe in the proportion of waste incinerated and the exploitation of their energy. 21% of all packaging, 64% of glass and metal, and 76% of paper and paperboard is collected and reused separately. Recently, the city focused on the efficient management of food waste and continued in its steps to maximise the impact of the separate collection of waste. In addition, the city is building an incinerator for the incineration of bio-waste, which also produces bio-gas and bio-fertilizers.

Trieste is a major urban centre in north-eastern Italy with 205,000 inhabitants. Until 2012, the city lacked the necessary infrastructure for separate waste collection, and only 18% of municipal waste was collected separately. Additionally, there was an inadequate level of awareness among the population. With the reconstruction of urban infrastructure and the adoption of measures for sustainable waste management, the city reached a 36% share of separately collected municipal waste. In this manner, Trieste joined other successful cities in Europe in the field of waste management and approached the objective of zero waste (zero waste), to which the city is oriented in the future.

Graz is the second largest city in Austria and has 270,000 inhabitants. Separate waste collection in the city began over 25 years ago and is well organised today, as the city reuses 66.2% of all municipal waste - 20.1% is paper, 15.7% is packaging and metals, 14.0% biological waste, 6.5% glass and 10.8% other waste collected separately. Only 33,8% of accumulated waste is not collected separately. The remainder is commonly converted into energy, and only 13.5% is transported to landfills. The city also has a very good system for the separate collection of bio-waste, launched in 1992. The amount of bio-waste collected per capita since then has been growing steadily and reached 145 kg per capita in 2012. The cornerstones for the successful implementation of its integrated waste management are new infrastructure, systematic education, and awareness-raising campaigns.

Zagreb, the capital of Croatia with 800,000 residents, collects only 1% of its waste separately. Waste management is still focused on the collection of mixed municipal waste and sent directly to landfills instead of its separate collection, reuse, and prevention of accumulated waste. Exceptions are plastic bottles and cans, as users receive a refund for each empty plastic bottle or can that they bring back to a store. Thus, 85% of all collected municipal waste is still landfilled. Zagreb also suffers significant infrastructural and systemic disorder in addition to the lack of public education and awareness about waste management and, consequently, motivation to change among residents. In 2014 the city has begun with the construction of the so-called “ecological islands” for separate waste collection, but the actual operation of the system is still in its infancy.

Ljubljana, the capital of Slovenia with 300,000 residents, is the first European capital that has accepted the Zero Waste goals that dictate that all products be reused and no trash be sent to landfills or incinerators. Reducing the quantity of waste is the result of infrastructure innovations (containers for separate waste collection in every household), a revised pricing policy, and intense sustainable waste management awareness campaigns in recent years. In 2012, the quantity of waste per capita was reduced by 31 kg (385 kg in 2011, 354 kg in 2012). In less than a decade, Ljubljana has also managed to join leading EU countries in the recycling and reuse of waste and is currently 20% above the EU average. Today, 61% of municipal waste in the city is separately collected, and the city generates only 121 kg of mixed waste per capita. In less than ten years, Ljubljana managed to rank among the leading cities in the EU in the proportion of reused waste. This significantly helped Ljubljana obtain the 2016 European Green Capital Award. 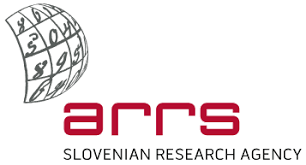